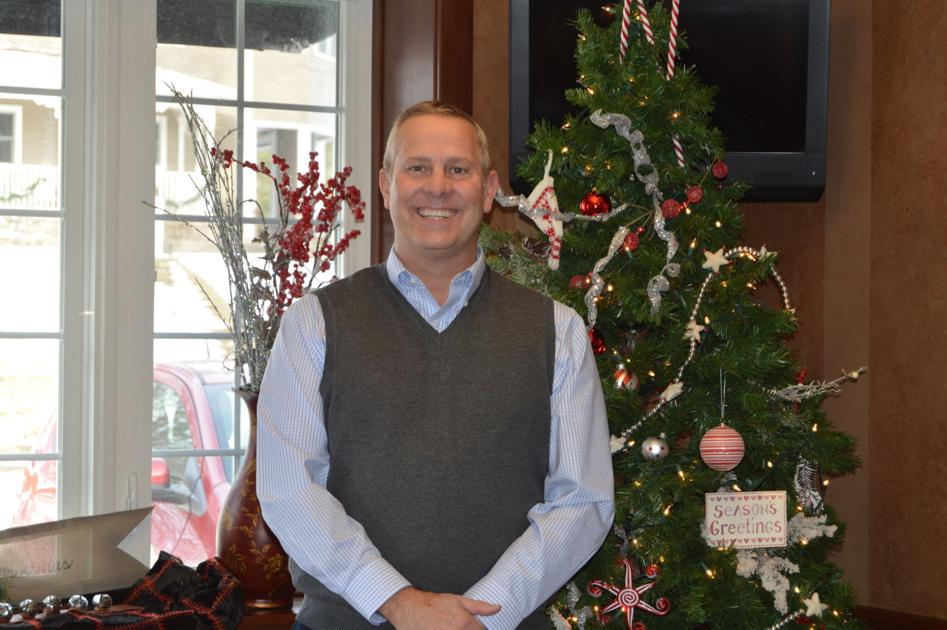 Dr. Michael Merritt is a chiropractor who has lived in Cascade since 1995. Originally from Bettendorf, he went to Palmer College of Chiropractic in Davenport and graduated in 1993.

He and his family spent a year in Arkansas, but came back to the area so they could be closer to family and friends, moving to Cascade and taking over the practice of an existing chiropractor who wanted to retire. Thus began Merritt Family Chiropractic.

Speaking from his knowledge as a chiropractor, Merritt shared advice for staying safe and healthy during the winter months, which he says are a particularly dangerous time of year for anyone’s back.

“One thing I would say for the winter months in Iowa is that the scary days for anybody, especially as people get older, are those icy days,” he said.

“You cannot predict when you’re going to slip or fall. Try to avoid the situation where you might be out doing something and stay away from the ice. Ask yourself, ‘Do I really need to go do that right now today?’ or ‘Will I be OK if I go to the store tomorrow?’ That’s what I tell my patients. If it’s one of those borderline days, why go out if you don’t have to?”

In addition to the possibility of slipping, Merritt warned that snow shoveling is one of the most common culprits in causing winter back pain.

He said, “Shoveling snow is the cause of a lot of the injuries we see here as a chiropractor in the winter months. I’m constantly chewing out some of my patients because they’re shoveling snow and I’ve been telling them for years to get a snowblower.

“The shoveling motion, especially if the snow is heavy and wet, can be very hard on your back and there are a lot of injuries, strains, and sprains that happen. The other potential factor with some people is heart matters. I always try to encourage people as they get older to see if there’s a younger neighbor or family member around that can help them out.

“I’m a much bigger fan of snow blowing over shoveling because that’s where the injuries occur and sometimes even worse when there are heart attacks, which can be catastrophic for people.”

In spite of these hazards, sometimes snow shoveling still needs to be done. For these situations, Merritt suggested finding ways to break up the time working to reduce strain on the back.

“Maybe you can go out and do a little snow shoveling if you need to,” he said, “but go in after ten or fifteen minutes and take a break, then come back after a half-hour and do ten or fifteen more minutes. That sometimes will help ease the chance of an injury.

“You can also do it when it’s snowing so if you get a couple of inches, do it now, and if there’s a couple more coming, you take care of that. That way, you’re not lifting that whole load all at once. Just be smart about how you do things.”

The positions the body gets into while shoveling, according to Merritt, are some of the most vulnerable ones the back can be in.

“It’s hard in that situation to do things correctly,” he said. “You have to move it one way or the other. When it’s heavy, you can’t just push it straight ahead. That’s where the injuries occur sometimes. It’s very difficult, because you have that rotation or twisting factor, and most injuries to the back tend to occur when you’re a little bent forward and turning or twisting to the side.”

Aside from shoveling, the general inaction of the winter months can contribute to a decline in general health.

“Motion is life,” said Merritt. “We need to be moving, especially as we’re aging. When we get into that sedentary lifestyle, more and more problems can occur.”

In cold weather conditions, it’s understandable for many people to not want to take walks outside for exercise. Merritt suggests that the best option for those who don’t have access to a treadmill or elliptical machine inside is walking around the house.

“Walk hallways,” he said. “If you have steps, walk up and down the steps. It gets a little boring, but you can do that 20 to 40 times throughout the day and get some energy and exercise.”

With many people staying inside during the winter and 2020 encouraging even more inside life than usual, it’s also important to keep the immune system properly nourished.

“The big part of this pandemic we’ve been dealing with since last year is that a lot of people are staying in more,” said Merritt. “As we get to this time of the year, which is very difficult for us anyway, there’s a greater chance we’re going to have a lack of exercise.

“Exercise is good for our immune system, which is one of the key components. Eating correctly, eating the fruits, vegetables, and proteins that are good for us, have been shown to help your immune system.”

According to Merritt, most people don’t eat enough of the right food to get their dosage of Vitamin D, key to the fighting of viruses.

He said that 80% of people that were hospitalized with COVID-19 had a deficiency of Vitamin D, and it’s important to supplement that. Normally, the human body will make Vitamin D naturally within 15 minutes of exposure to the sun.

“Vitamin C is also very important,” he said. “There’s a whole list. There’s calcium, magnesium, zinc, all of these are virus fighters. The more we have in our system to fight off a virus, the better, not only for COVID-19, but the flu, which kills a lot of people every year. Anywhere from 30,000 to 70,000 people die from the flu every year, and these are all things that fight off even the flu.”